Background of the programme: Electronic Waste has posed a serious threat in the state along with rest of the country. With ever increasing items of modern lifestyle, the number of E-waste generated has also increased manifold. Peoples’ dependence on electric items resulted in the generation of lots of E-Waste throughout the state. Due to lack of a proper mechanism for their disposal, the harmful chemicals that these discarded products contain are released to the environment. General public is also not very much concern about the ill effects of electronic waste and they show very little interest for safe disposal of these products. Now, a time has come where electronic waste constitutes a major part both in household and other establishment.

The project was sponsored by Just Environment Charitable Trust, Delhi with the financial aid from NOKIA. Activities were performed in 50 nos. school of Guwahati and in 33 nos. school in Nogaon of Assam and in 17 nos. school of Itanagar, Arunachal Pradesh which was started from April, 2012 and ended on November, 2012. 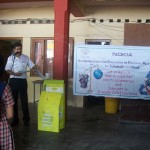 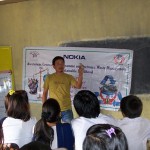 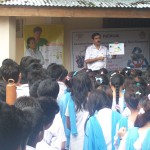 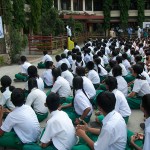