The CHGAAP Project Inception meeting was organized on 5th of October 2015 at Seminar Hall, North Eastern Regional Institute Science & Technology (NERIST) Nirjuli, Itanagar, Arunachal Pradesh in collaboration with Department of Environment and Forest, Govt. of Arunachal Pradesh, Department of Zoology, Rajiv Gandhi University and Aitjya (the Heritage). With the support from U.S. Fish and Wildlife Service, the project will be  implemented by ENVIRON, a society for conservation and management of nature and natural resources in North East India through community & school based education programme for conservation of the endangered Eastern Hoolock Gibbon in Easter part of Assam- Arunachal Pradesh landscape. The project will cover two districts viz. Lower Dibang Valley of Arunachal Pradesh & Tinsukia district of Assam. ENVIRON will implement the project in partnership with Department of Environment & Forest- Govt. of Arunachal Pradesh and its partner NGO Aitijya (The Heritage). Department of Zoology, Rajiv Gandhi University, Itanagar and G.B. Pant Institute of Himalayan Environment & Development (GBPIHED), NE Unit, Itanagar has given its consent to provide all technical support to the project.

The CHGAAP project was officially launched by the Dr. Shashi Kumar, Principal Chief Conservator of Forest (E&F) cum Principal Secretary, Department of Environment & Forest, Govt. of Arunachal Pradesh in a function organized at Seminar Hall, NERIST, Nirjuli today. The launch also celebrated the fifth day of the Wildlife Week. Speaking on the occasion, Dr. Shashi Kumar gave an overview of the species and the major conservation threats faced by Hoolock Gibbon in the northeastern region of India in general and in the state of Arunachal Pradesh in particular. After that Dr. Kuladip Sarma, Principal Investigator of the Project gave a comprehensive brief overview of the CHGAAP project and its objective wise goals. During the open floor discussion, several suggestions were made for some of the project goals. In the Lower Dibang Valley Districts, shifting cultivation was blamed as the major conservation threats outside the protected area network and so are the main cause of depletion of Gibbon Habitat in that landscape, therefore eco-restoration can be a medium for conservation of Easter Hoolock Gibbon and therefore habitat restoration programme can be taken up in the next phase. The CHGAAP project will pilot a conservation education module in schools through trained teachers and among community through the local youth volunteers. The project will foster & facilitate dialogue between key stakeholders, local community, youth groups, district administration (local block officials), forest officials and various civil society organizations present in the area towards conservation of Eastern Hoolock Gibbon. Apart from that, several suggestive measures for in-situ & ex-situ measures that were also made during the presentation and following discussions towards conservation of the state Animal of Arunachal Pradesh.

Experts from various civil society organizations along with academicians & students from Dept. of Forestry, NERIST and Rajiv Gandhi University (RGU) actively participated in the meeting. Stakeholders from various walks of life gave their suggestions to strengthen the project activities. The meeting also discussed about the educational materials to be produced and formats of different training programmes to be conducted under the project. Involvement of community for restoration & conservation of Eastern Hoolock Gibbon habitat has been lauded as the best way for conservation of this species by the majority of the participants. It was also decided to bring out a yearly newsletter viz. “Gibbon News” annually to collate all Ape conservation related news in the Southeast Asian Region and US Fish & Wildlife Services will be requested to support the new newsletter.

Shri K. Mazumdar, Head (Honorary) of Wildlife & Biodiversity Conservation Division, ENVIRON concluded the daylong programme with an appreciation speech where he sincerely thank the funding agency U.S. Fish and Wildlife Service for their support to the programme along with all the other organization who extended their support this program, primarily  Department of Environment and Forest, Govt. of Arunachal Pradesh. 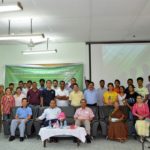 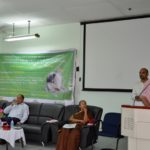 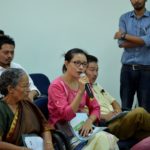 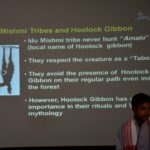 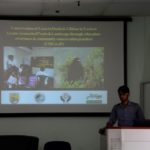 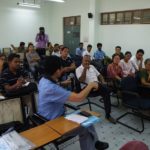 During discussion after the inception meet 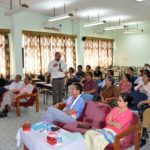 During the deliveration and briefing on the background of the project 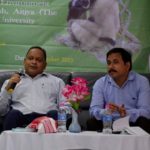 Moderation of the Session by PCCF (Wildlife), Govt. of Arunachal Pradesh 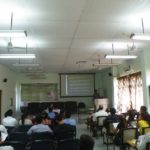 View of the crowd